Our homestead Malovščevo lies in the village of Vitovlje, in the lower part of the Vipava valley, in the Gorizia region. The village is set at the foot of the slope of the Trnovska planota (plateau) , below an isolated mountain, where the historical church of the Holy  Mother is located. This holy place, which hard-working hands have built also as a meeting place for people, can be seen from a distance.  The church is mentioned for the first time in 1361, and nowadays it’s a popular place for excursions.

According to oral tradition our house name Malovščevo was named  after the village of Malovše, situated in the  Vipava valley, from where a bride came to the house and left her seal. From then on, for nine generations, innate love of the land and diligent hands have preserved and cultivated this fertile soil. And that is why our Malovščevo home retains the integrated simplicity and authentic features of a real farmer's lifestyle. Our ancestors had to sell their surpluses in order to survive off the land. Their first fruit, as well as the Vipava raddichio and wines, were well known far beyond this locality.

Our father Stojan chose  agriculture as  his livelihood. As a young man he left his home and went to school, despite performing a lot of manual work on the farm. Throughout  his life he cleverly utilised his knowledge and experience, regularly travelling around to sell his products and wines. While doing so, he met new people who wanted to come to the Vipava valley and visit the Malovščevo farm. Thus rural tourism began to develop in our house. Guests kept returning due to the exquisitely prepared food and the congenial atmosphere. Our simplicity and ingenuity are the two virtues that can be felt even at the reception in the courtyard and which pervade the farm. All the effort and toil invested  by  our father in  the farm and in  the preservation of rural life brought us even more work, challenges and eventually success, and we have been preserving this tradition till today. Together with success came our satisfaction and confirmation that we are on the right path – doing things which really make us happy and that we are able to share our happiness with others.

The Malovščevo farm – the family name goes back to 1765, to Užiče village behind the Uštin's house. The farmhouse having only one cow succeeded to raise 9 children. As deep as the plough has dug in the modest soil under the Vitovlje Mountain, the heart has blessed the soil and begged for fertility. But it was vain…there was the hill and thus hard cultivation… All of this has brought the Malovšče family in the valley near Saint Lucia, where the road connections are better and the fields are more generous and approachable. The parents started first with building the farm stalls in the valley and soon afterwards they built the house. Even the children who stood at the fields’ edges and observed with interest their parents’ hard work already knew that ploughing, sowing, harvest and trimming were considered as authentic rite. A farmer has been tiring himself out and yielding…he has humbly consigned the seeds to the soil's bosom always hoping they will not be damaged by the pest or washed away by the floods, and praying the hailstone will not destroy utterly the young plants or the cattle in the stable will not get sick. They loved the soil and the rural work. With faces covered by sweat generation by generation has prudently cared and cultivated the soil, while they kept buying the land and thus making the farm increasing through time. How many grateful hearts, full of respect and gratitude have passed here by… When the mother sliced the home-made potbellied bread…when the father poured out the first glass of new wine … then the poem of gratification permeated the souls. And the farm is still proceeding with this tradition. Even if a person could think at times we have already went over these hard but at the same time pleasant times, with impatience to accomplish this or that, with desire to arrive further (sometimes we don't even know where), to save the time…even if we don't know what for… each of us is striving in his own way for a daily piece of bread. The Malovščevo homestead has been the first tourist homestead in the area of Goriška which was and still is characterized by genuine products and authenticity, which is nowadays difficult to find. We certainly have to give thanks first to the previous generations, to Stojan's parents – mother Ladka and father Lojze, who were able to keep the farm even in the post-war hard times. For mother Ladka we could cite some lines from the Bible: » Brave wife, who can find her?«. She lived here, she knew how to appease people around her, and she served and listened to her guests…even strangers. She was much more than just a classical mother. Her bread always smelled better. Who knows what she has been adding to this special recipe… perhaps her positive thoughts? Or silent prayers for better tomorrow? All this richness she left to her son Stojan and his wife Anica, who accepted everything with faith, diligence, patience and a great deal of optimism despite the burden that life has put on her back. They gave birth to three daughters …and they have continuously enriched their own lives. And here it comes the new generation – the inventive and clever daughter Barbara and the new landlord, son-in-law Milan Garbari – a serious, hardworking and good-natured young man and there are their four children. Considering this young but large family and thousands of daily duties that homestead like this brings, many people may ask themselves: »How can they manage all that?«… But they have proved they can manage even more. Sure they can do, they are the Malovšče family. Day and night are their measures of time, home made food is shining from the plate of every single guest. These days this is a real rarity, it is considered a prestige! People are increasingly returning to nature and natural products and appreciate the peasant’s hard work full of commitments. They are aware of the fact that behind every single plate that has been served there is a great effort and hard work. But people keep wanting more. Therefore today we are proud to present the new building with 10 rooms and 25 beds, estimated with four apples. Nevertheless Malovščevo family hasn't forgotten its origin… Francka, Amalija, Ladka, Lojzka, Anica, Barbara, Polona, Urška…these are the key figures names – of women who contributed to today’s homestead success. And all the rooms are given the names of each of these women! Concisely we could state the Malovščevo remained an authentic homestead, rich of history, where different times, even those considered very hard, haven’t caused irreparable damages, in fact it has preserved the heartiness and homeliness…maintaining the benefits of continuing the family tradition. Further more, it is more likely to believe the history of Malovščevo family will be continued in the future! 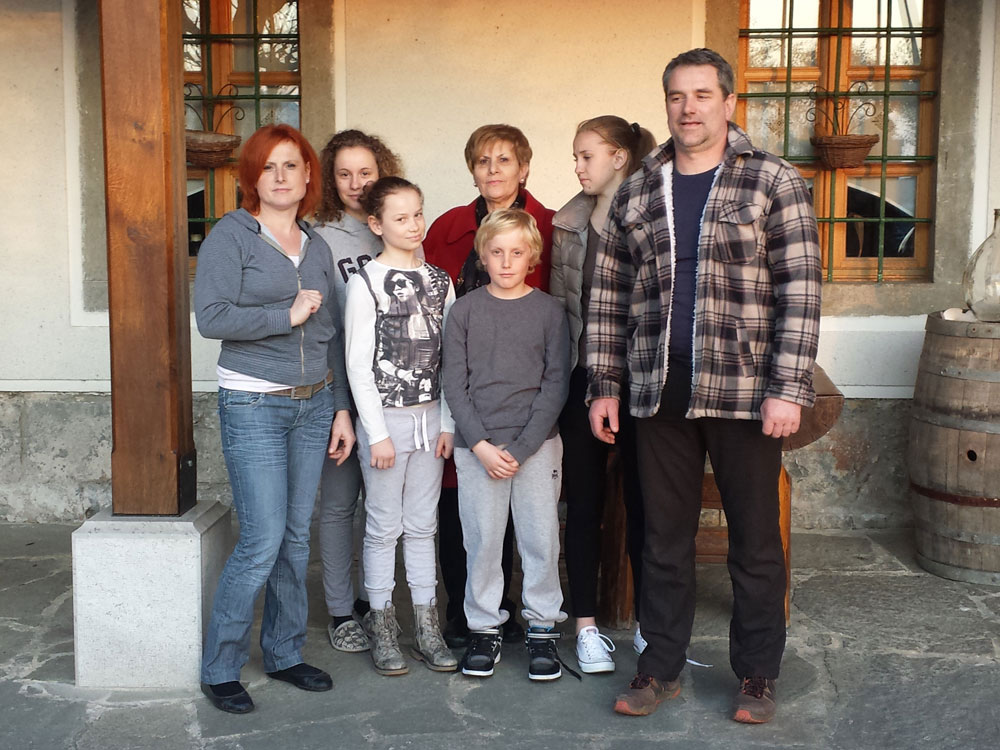 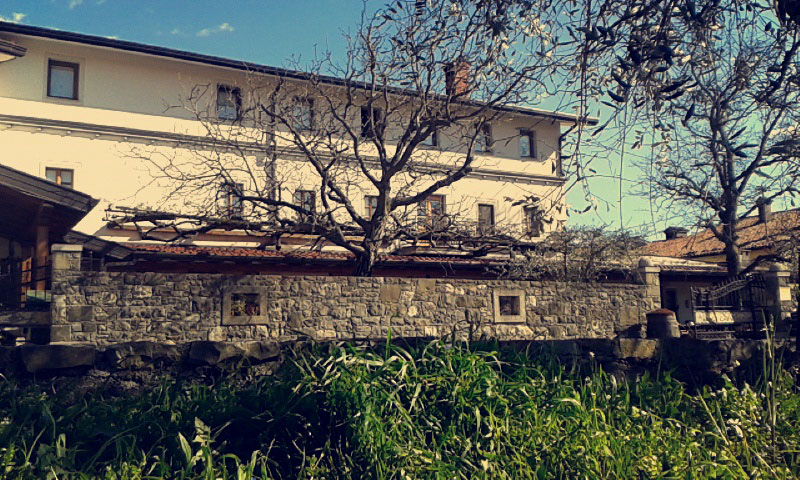 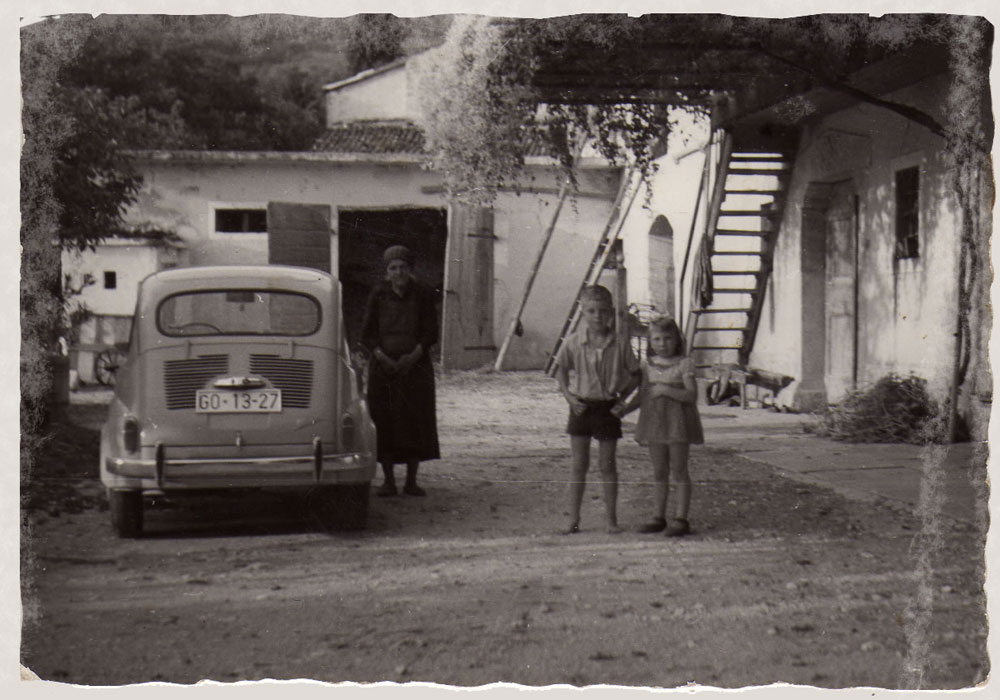 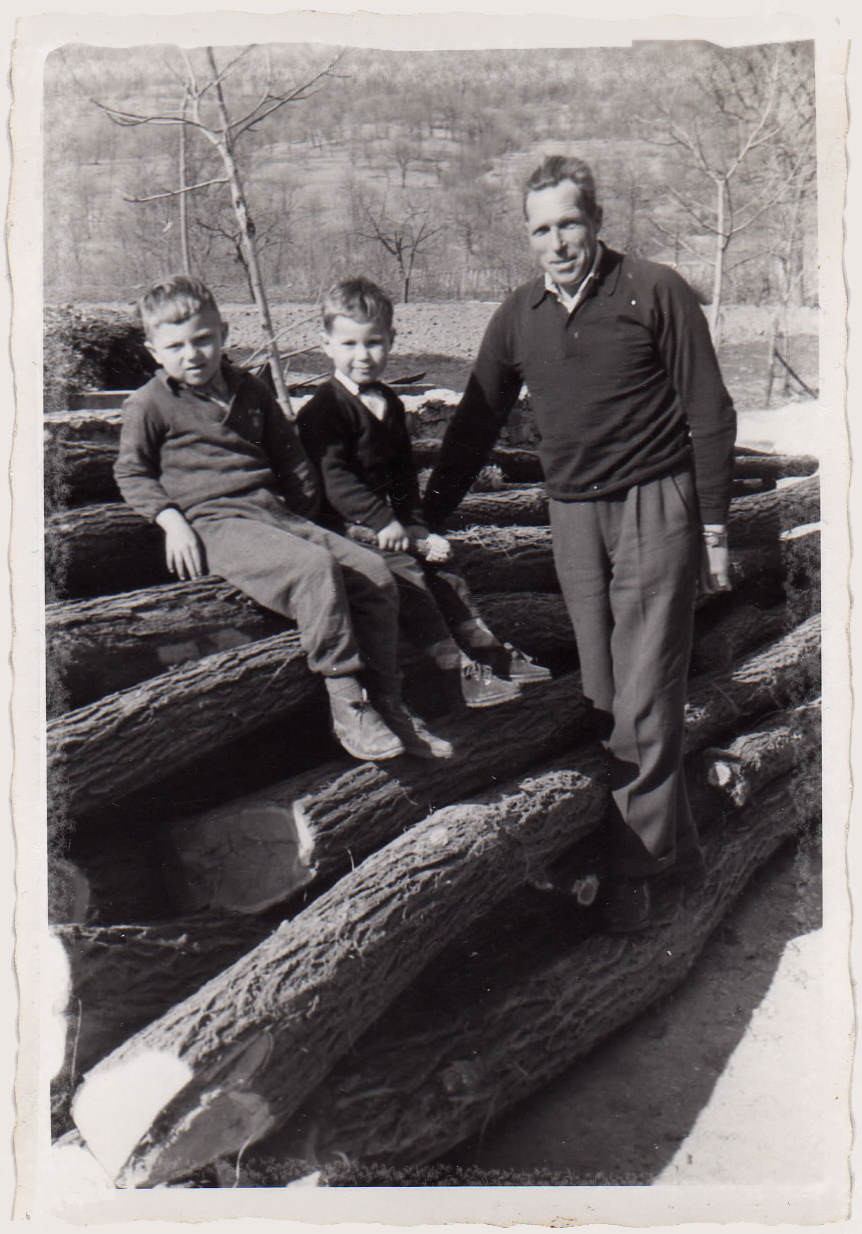